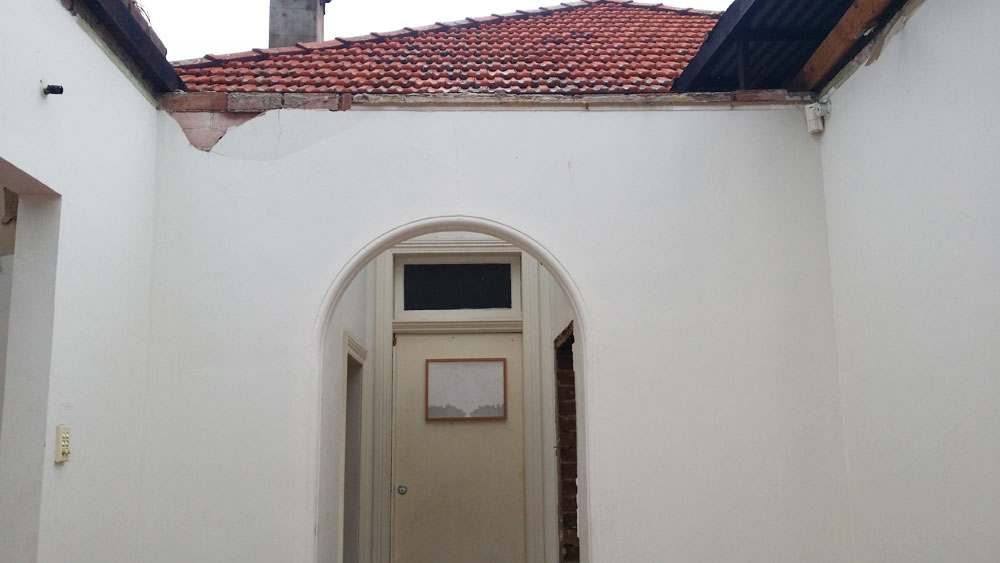 In 2010 I bought a 92 year old semi in the Inner West, it was built in 1919; next year it will be 100 years old.  It’s as solid as a rock, double brick, you can’t even hear rain most of the time when cocooned in the lounge or the bedrooms.  It feels safe, strong and super cosy, like a home. When I started renovating in 2015 I was determined to mine all of the original bricks from the demolition and re-purpose them into the new design to capture the history of this lovely century old semi.

I paid some very patient labourers (and I did plenty myself) over $2,500 for nearly two weeks work cleaning bricks, really boring work for them but for me it was a labour of love. I wanted the old bricks to be a part of the new design and not be lost to the tip. The Italian immigrant family that built this house would not be forgotten.

Along with another 1500 recycled bricks, these much loved handmade clay bricks now make up my most favoured feature of my new house. The kitchen wall was restored to it’s original condition, we pulled the plaster off and acid washed it – we laid the new feature wall one brick out from the original kitchen wall, the staggered effect is a stunning and is a rustic reminder of the past and now a piece for the future. Running my hand along the rough and jagged surface grounds me and reminds me of the days I came back to the house in the early mornings before my real job and laid a few bricks myself with the brickies.

When the walls come tumbling down