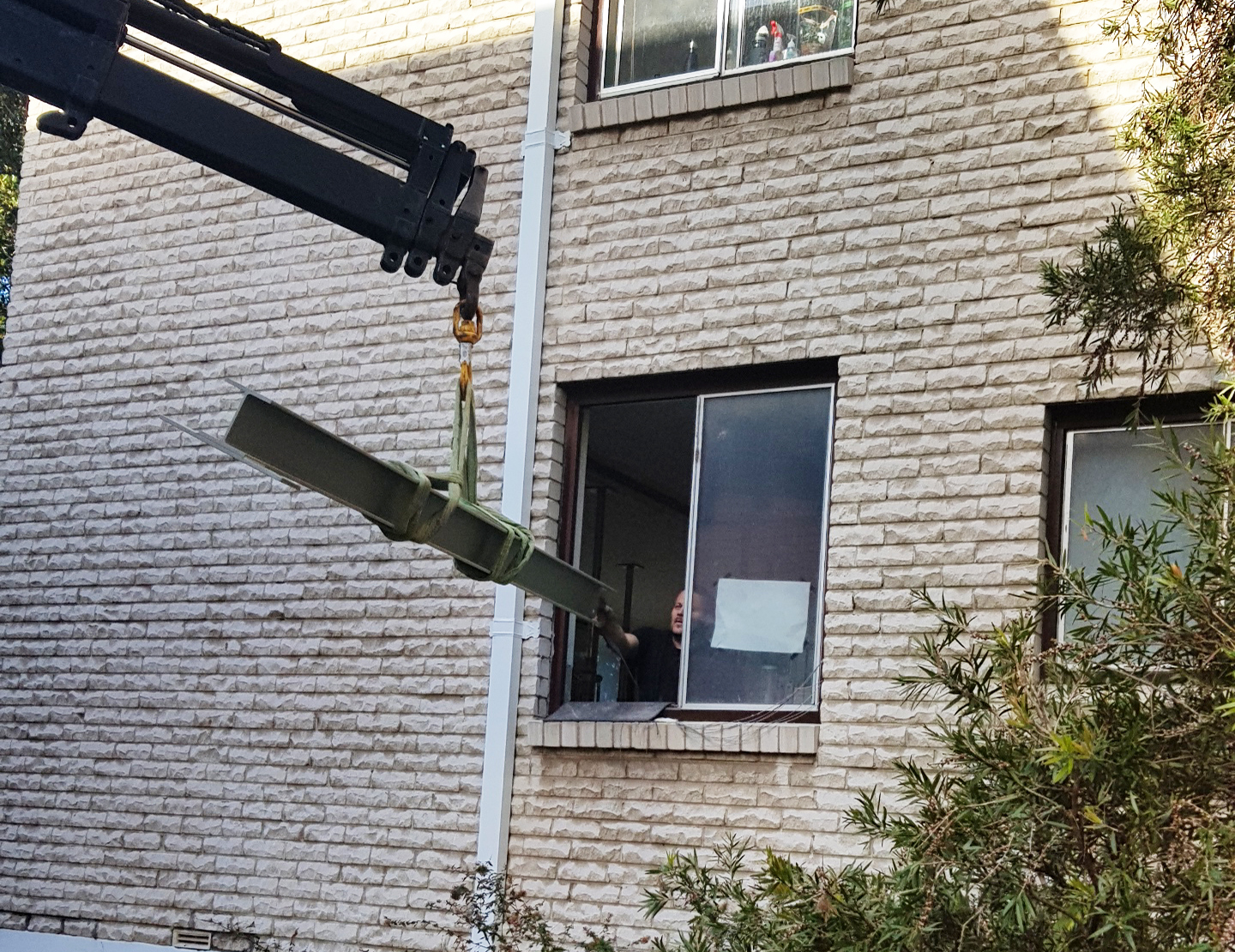 If you are lucky enough to own a walk-up 70’s era apartment in the eastern suburbs you may be disappointed by one thing in your space and that’s the kitchen.  Typical of the era, kitchens were almost always small and pokey, walls on all sides; somewhat like a prison cell. Take a look at the process from beginning to end below…….

Recently we came across one just like this and although its sometimes a task people consider too large to tackle, knocking down the kitchen walls and creating that open plan living environment is a payoff that in the end is priceless. 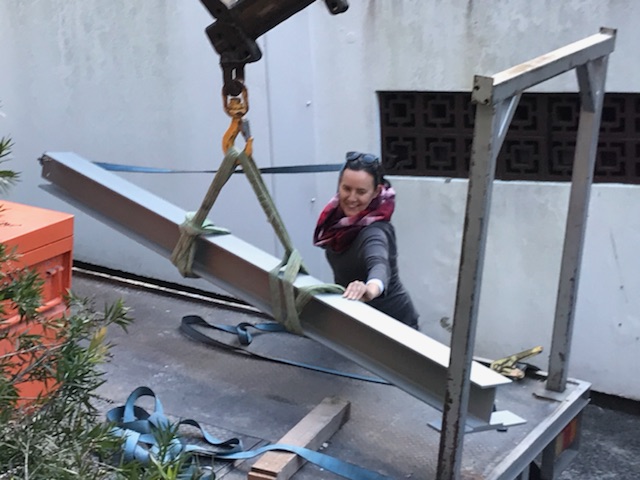 Just remember you are probably not Columbus in this endeavour, others in your block or your area at least may have already paved the way for you and completed the task of, crafting a by-law and knocking out a few walls therefore this precedent means, getting yours through Strata may not be such a big deal.  An engineer’s visit and consultation is all it takes to get drawings done to remove a couple of walls and replace with weight bearing beams that can in fact turn out to be a nice feature in your new open plan living dining kitchen area. 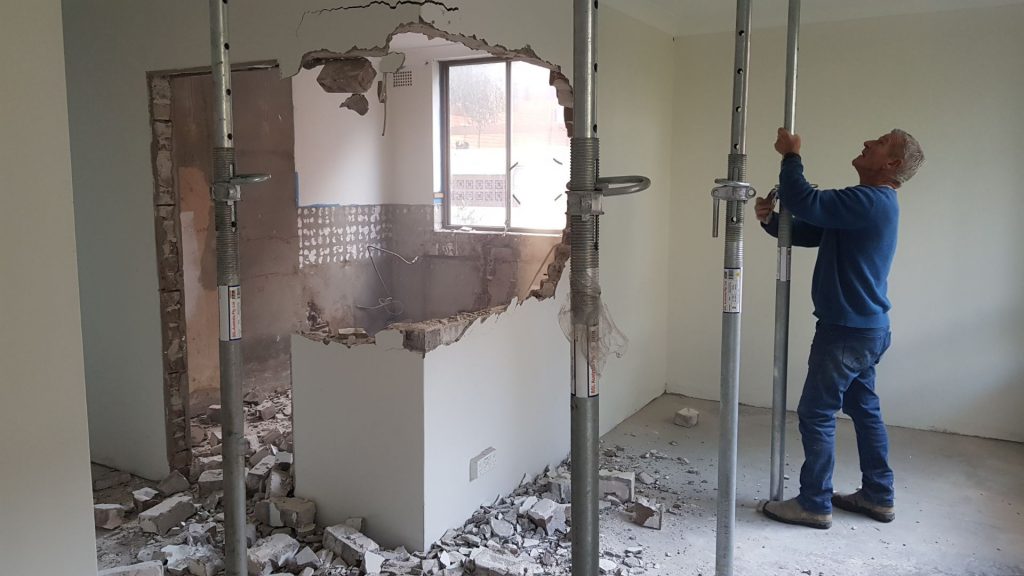 Once Strata have approved your request to begin works the steel fabricator can get to it and start work on your beams.  Installation of the beams can be tricky if you don’t get the professionals in so make sure you do.  At our recent project in Randwick the beams were in the kitchen window in less than an hour and were hoisted into position another hour later.  After they were in place, they were grouted and plaster set and our space was instantly transformed. 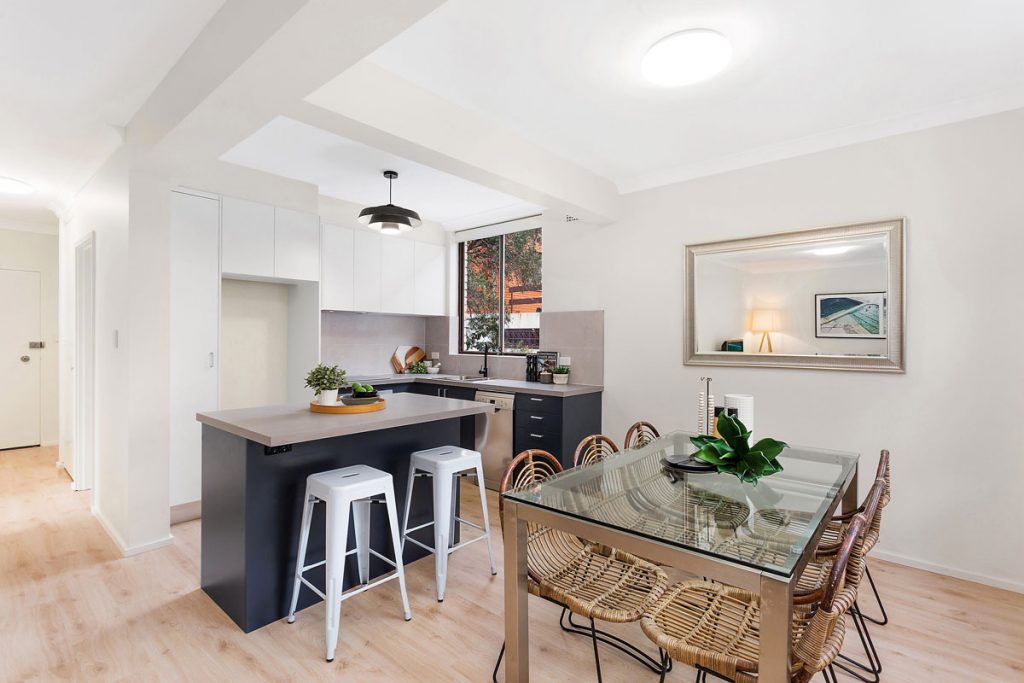 Doing a renovation takes vision and planning but doing a half-baked one is just a waste of time and money.